JTG #52 The Hidden Cause Of Acne: How Fluoride May Be Wrecking Your Skin With Melissa Gallico 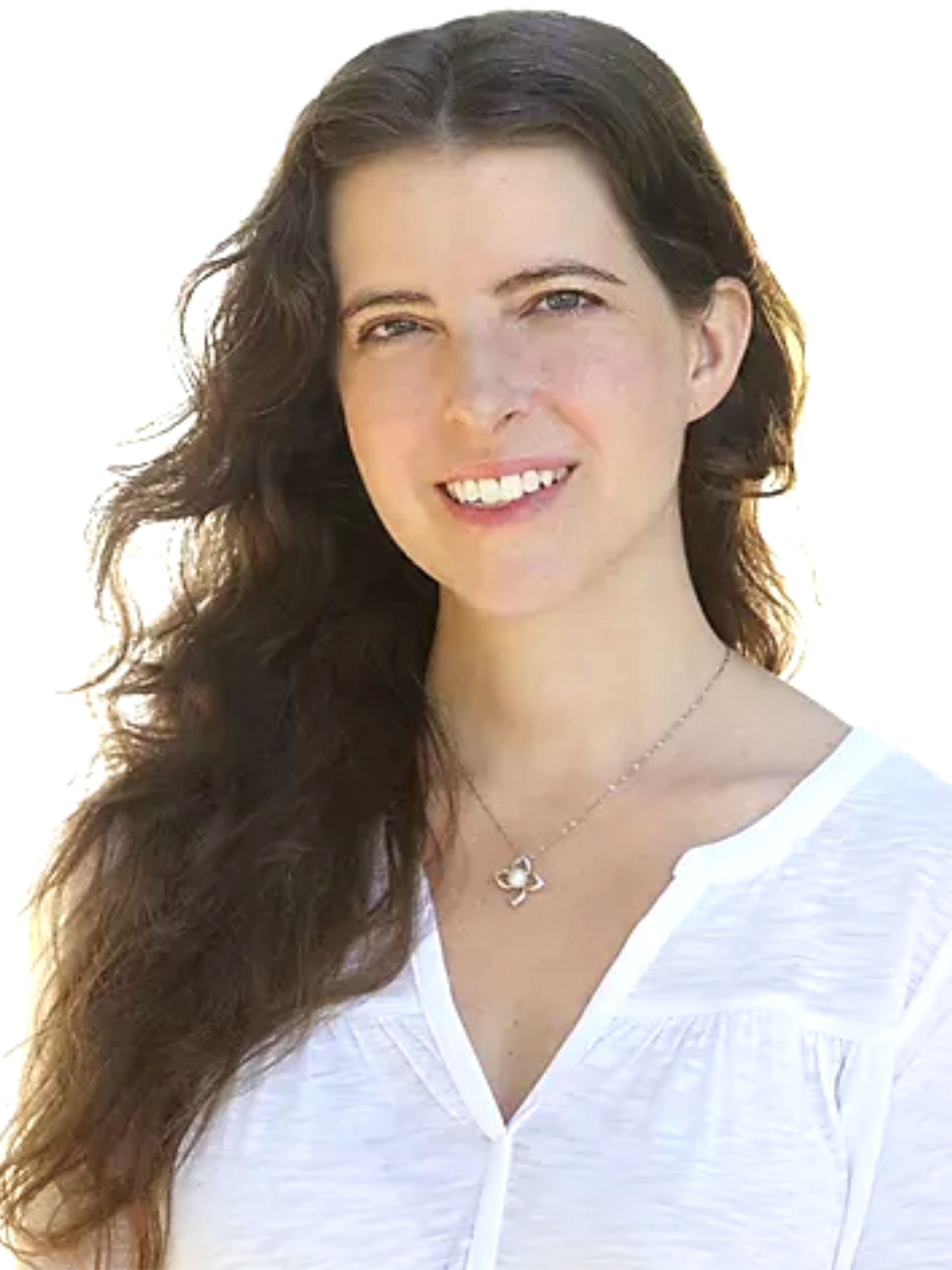 JTG #52 The Hidden Cause Of Acne: How Fluoride May Be Wrecking Your Skin With Melissa Gallico

In this podcast episode we talk to Melissa Gallico, an FBI Intelligence Analyst, about fluoride and how it may be wrecking your skin.

Melissa Gallico is a former military intelligence officer, Fulbright scholar, and intelligence specialist at the Federal Bureau of Investigation. She graduated with honors from Georgetown University and has a master’s degree from the University of St. Andrews in the United Kingdom. The Hidden Cause of Acne is her first book.

After several stints living abroad in Europe, Africa and the Caribbean, Gallico noticed the cystic acne that plagued her for two decades while living in the United States was non-existent when she resided in certain countries. This simple observation turned out to be a critical clue that would help unravel the whole case.

In this interview, Melissa shares:

This is a podcast episode that will blow your mind. The fact that authorities are blatantly lying to us, FOR-PROFIT is unacceptable and needs to stop.

Please take a moment to share this interview with your friends, loved ones or anyone you know suffering from acne. If you share on Instagram or Facebook, please tag @lovemyjourneytoglow so we can thank you!

Three years later, in December 2015, the National Toxicology Program (NTP) within the U.S. Department of Health and Human Services (HHS) admitted: “the existing literature is limited in its ability to evaluate potential neurocognitive effects of fluoride in people associated with the current U.S. Public Health Service drinking water guidance (0.7 mg/L).” [source] The NTP then outlined a plan to study the extent of fluoride’s impact on children’s neurodevelopment.

Why is the Department of Health and Human Services still recommending the addition of fluoride to the public water supply while toxicologists in the National Toxicology Program admit we do not have a clear understanding of its neurotoxic effect on children?

When water fluoridation was first endorsed by government dentists seventy years ago, we didn’t realize the effect chronic exposure to toxic chemicals can have on long-term health. We had to learn the hard way that chemicals such as lead, mercury, asbestos, and DDT are more dangerous than we originally thought. Given this history, the prudent course of action is to stop endorsing public water fluoridation until our leading toxicologists (not dentists) fully study its safety.

Nearly all my life, I drank fluoridated water without questioning the health authorities who said it was good for me. But when I spent a year in Scotland as a Fulbright scholar, I experienced the dramatic difference it makes living in a non-fluoridated country. Over 95 percent of Western Europe does not fluoridate its water supply.

For me, the major difference living without fluoridated water was the disappearance of the cystic acne that plagued me throughout my adult life. I eventually figured out that fluoride was the cause of my acne.

Sensitivity to fluoride is not an uncommon condition, it’s just not commonly diagnosed because few people understand the extent to which fluoride has infiltrated our modern lives. In addition to public drinking water and toothpaste, we are exposed to fluoride through fluoride-based pesticides that accumulate in fruit, vegetables, and even chicken nuggets and lunch meat, as well as fluorinated pharmaceuticals like Prozac and Paxil.

When I started researching fluoride, I was shocked to learn that according to the CDC, 90 percent of the fluoride added to the water supply is hydrofluorosilicic acid, an unfiltered byproduct of the phosphate fertilizer industry. Fluoride is considered a pollutant when released through factory smokestacks but after fluoride pollution devastated thousands of acres of agricultural land in the 1950s, regulators restricted its release into the atmosphere. This is the same industrial byproduct that is now packaged and sold to local water utilities for addition to public water supplies.

The research on fluoride has been flagrantly skewed by corporate polluters who had a strong self-interest in proving the safety and effectiveness of fluoridation. In a comprehensive review conducted in June 2015 by the Cochrane Group, a U.K.-based organization described in Newsweek as “the gold standard of scientific rigor in assessing the effectiveness of public health policies,” reviewers concluded: “There is very little contemporary evidence, meeting the review’s inclusion criteria, that has evaluated the effectiveness of water fluoridation for the prevention of caries.”

PS: If you enjoyed this podcast interview, you’re going to love my conversation with Melissa on Clearing Cystic Acne. And don’t forget to check out our library of free resources to help you heal acne naturally and holistically, click this link to dive in: journeytoglow.com/category-acne.

If you enjoyed this blog post you’ll love  this article on the benefits of drinking pure, filtered water for clear, glowing skin! 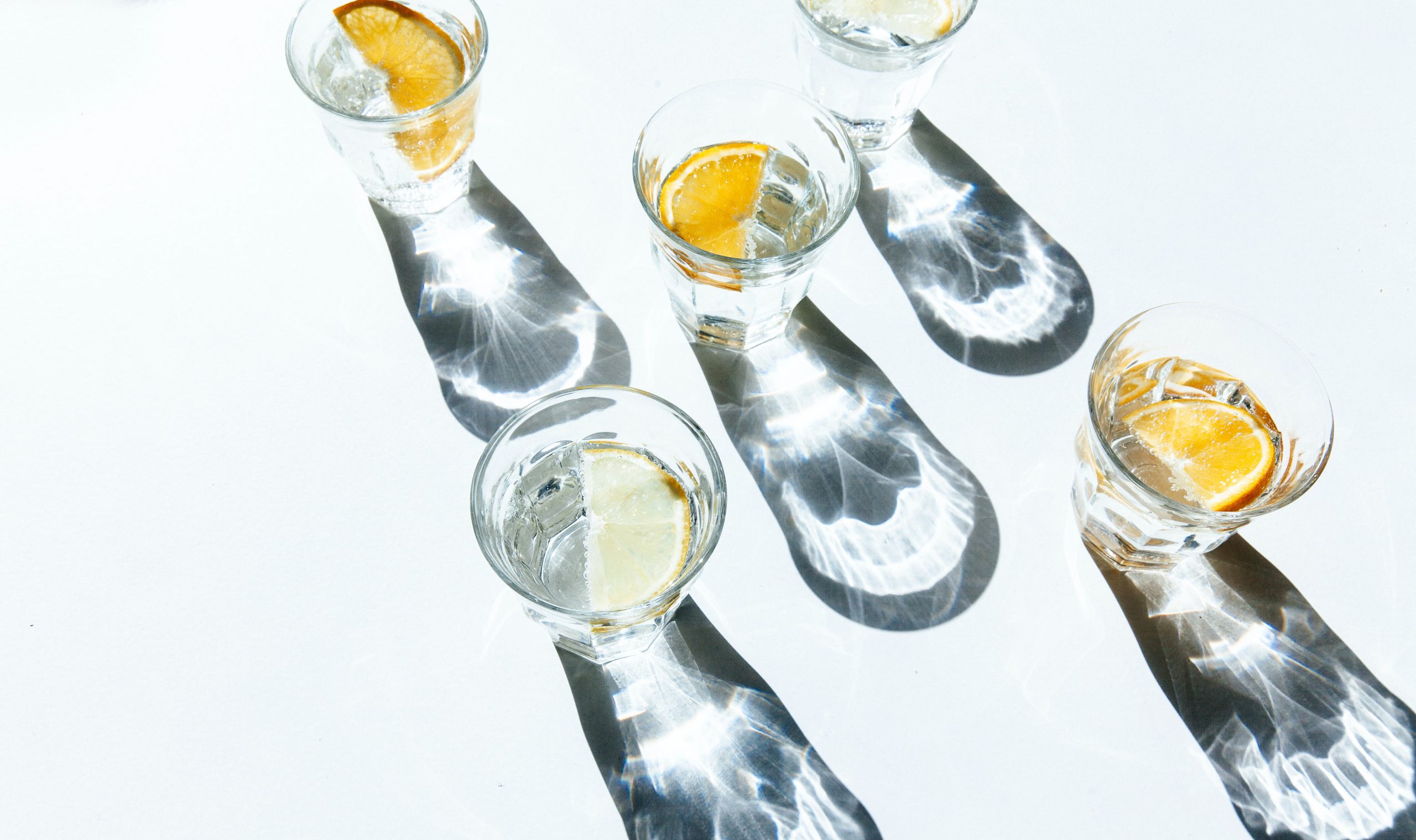 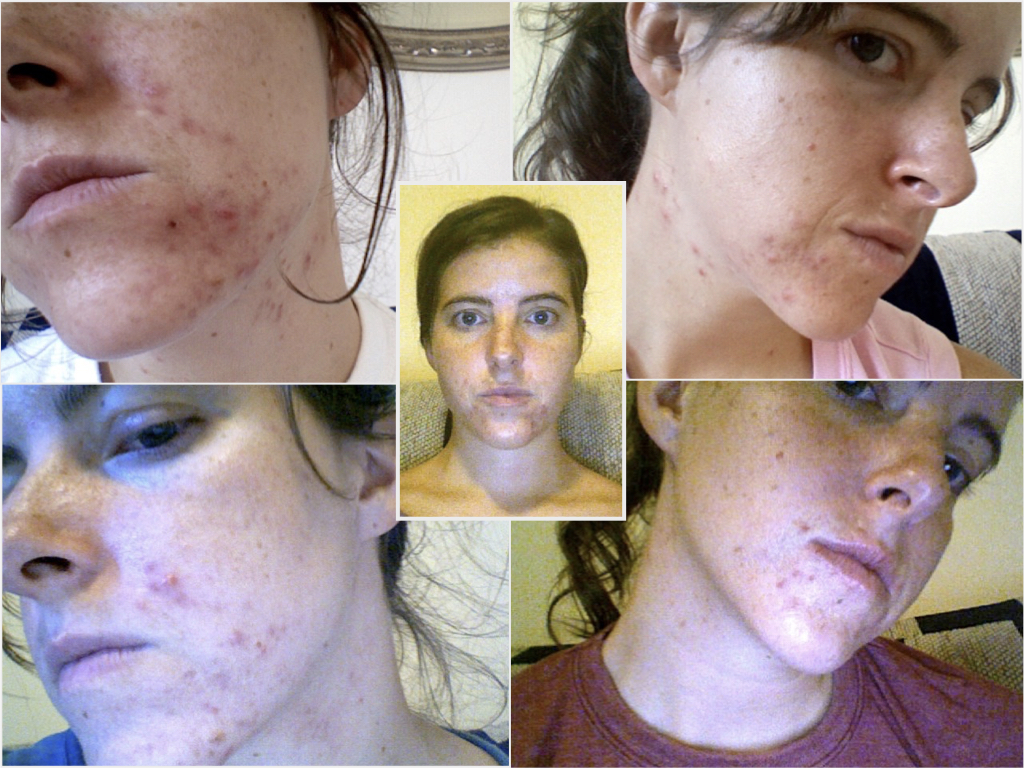 Some of the links on this page are affiliate links which means that if you click on them and make a purchase, I may make a small comission. Affiliate links do not increase the price of your purchase.

Affiliate links are one of the ways I pay for my time which enables me to create free content for Journey To Glow. Thank you for your support. 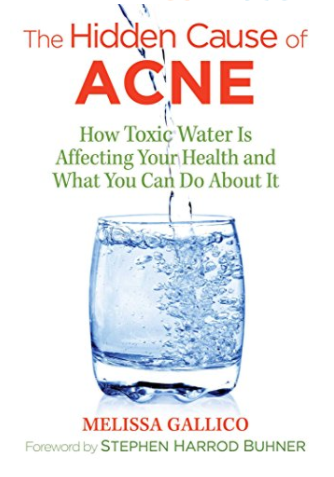 Buy the book on Amazon 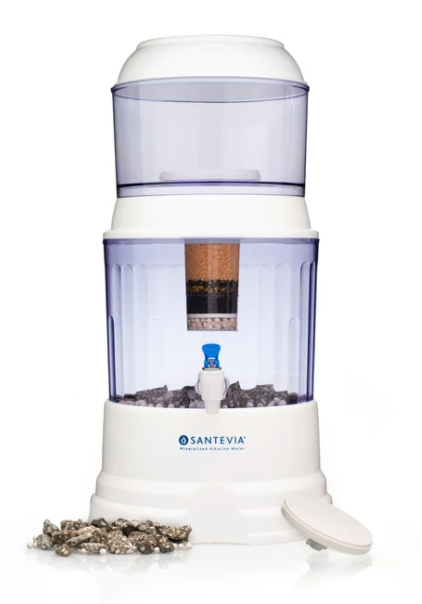 The Gravity Water System is crafted for performance, giving you and your family the best level of filtration paired with an incredible taste. By using an award-winning multi-stage filtration process, Santevia’s Gravity Water System creates clean, mineralized alkaline water for a thirsty household. Ideal for families who want a long-term, sustainable water system for healthy living.

The Waterwise 4000 is so compact and versatile that it’s widely used—with excellent results—by people around the world. You, too, can have a supply of fresh homemade distilled water no matter where you are. Since it requires no installation or hookups, the 4000 is an everywhere solution. Simply fill the stainless steel boiler with tap water, press the start button, and soon you will enjoy the most deliciously pure and refreshing water you’ve ever had. 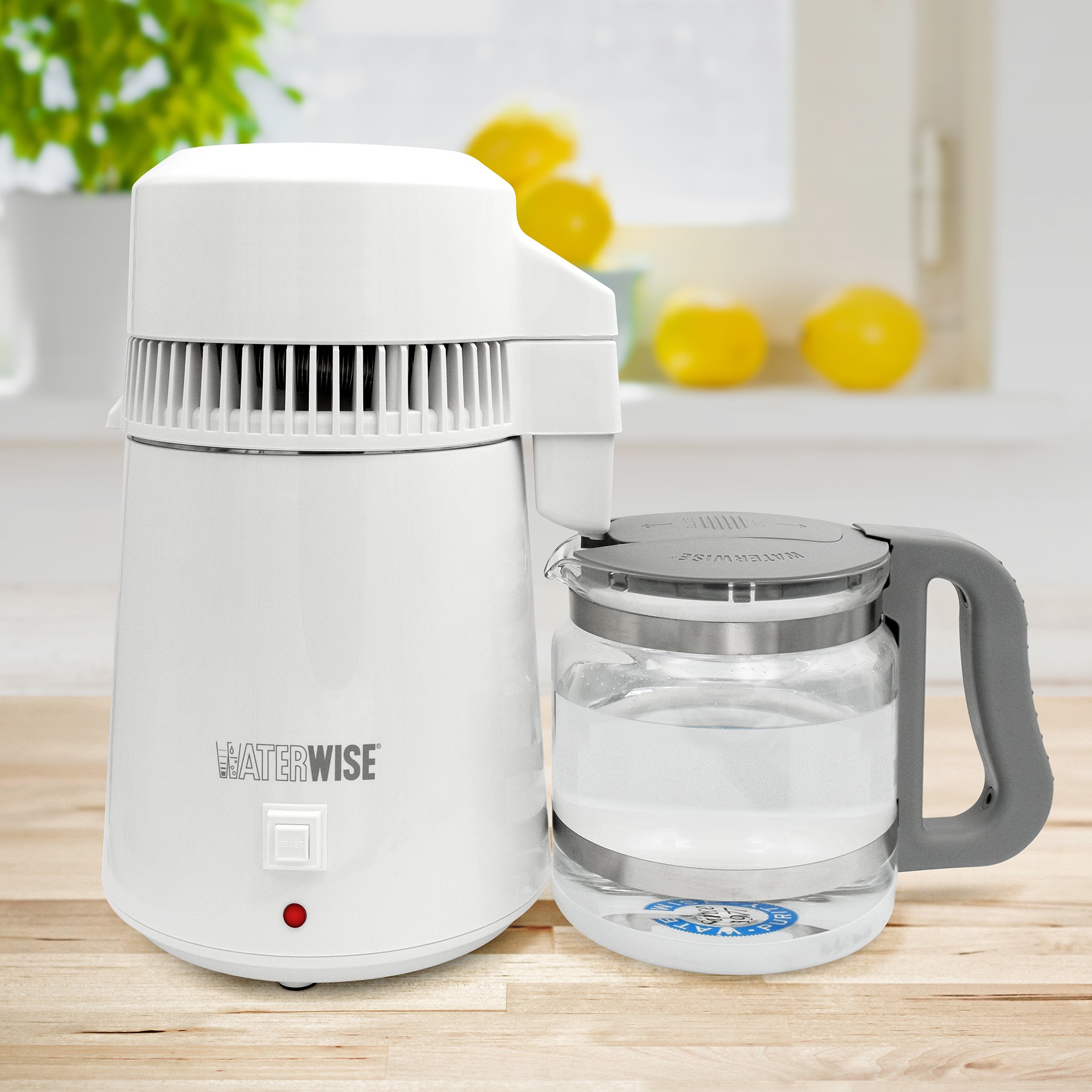 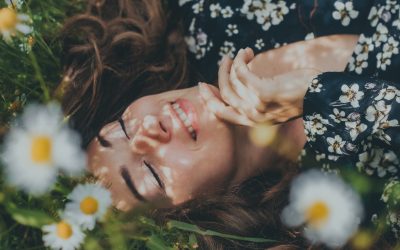 Which natural skincare is best for rosacea?UPDATED JUNE 1st 2022 This post aims to shed light on the best natural skincare for rosacea as well as give you some pointers to help you shop smarter. As someone healing rosacea naturally and holistically, finding the right... 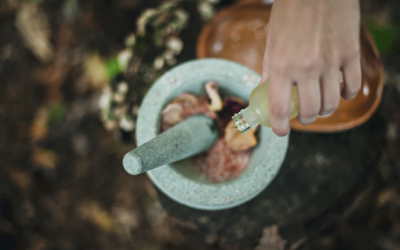 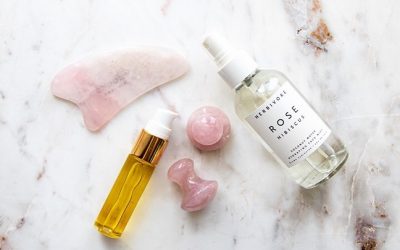 Gua Sha For Rosacea & Glowing SkinUPDATED MAY 2022 I think it’s safe to say that Gua Sha has recently exploded on the beauty market, so I wanted to share a few thoughts and resources. First, I want to stress the importance of investing in a high-quality tool... 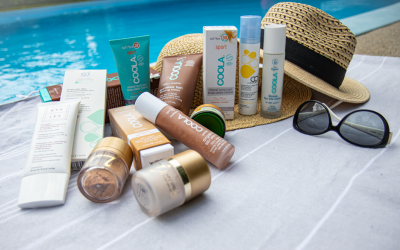 Toxic Ingredients In Sunscreen & The Best Non-Toxic Sunscreen Edited May 2021 by Caroline FrenetteWhat's the deal with toxic ingredients in sunscreen? The last time you packed for a trip to a warm and beachy destination, did you take a good look at the label of... 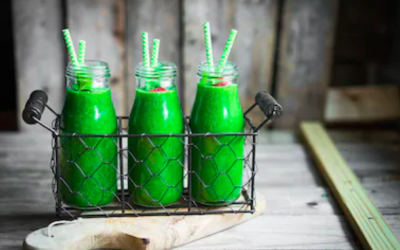 My 30-Day Medical Medium Celery Juice Challenge And Resulting Skin CrisisUPDATED June 1st 2022  Before we begin, you should know that I’m not an advocate for the Medical Medium lifestyle, and I’m not a die-hard fan like many of his followers. But I love Anthony... 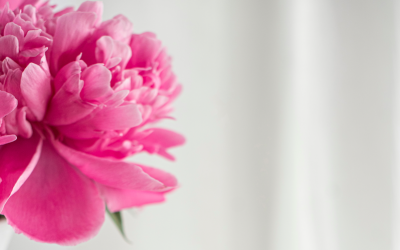 Natural Solutions & Remedies RosaceaNatural & Holistic Solutions RosaceaI've been wanting to write a comprehensive blog post on natural solutions and remedies to support the healing of rosacea for the longest time! After interviewing numerous holistic skin... 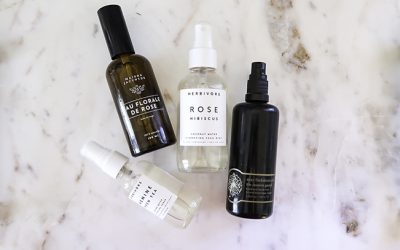 Best Floral Waters For Sensitive Skin I’m in love with floral waters. Also called hydrosols, floral waters have multiple uses and can be beautifully incorporated into your skincare ritual. Hydrosols are produced by the steam distillation of aromatic plants; the steam... 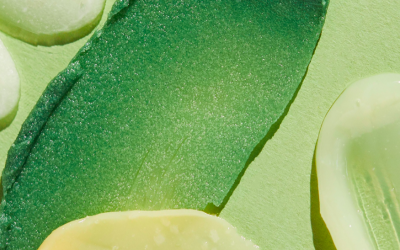 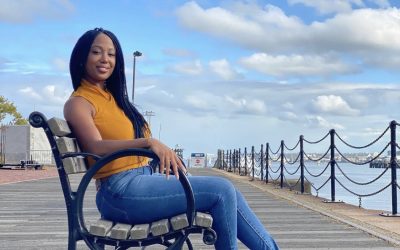